Massive Damage: A Look Back at the PlayStation 3

One of my best memories of 2006 was a chilly November day in New York City, where me, my future spouse, and a bunch of people from the internet camped out in front of a certain store, waiting for the midnight launch of the year’s most anticipated new video game console. The line was long, but we were there early, and as day turned to night, the media descended on the scene, as did a beloved executive from the console’s maker. Midnight came, and once our turn came, we went into the store and picked up some accessories, games, and of course, that shiny new console. Like all of the other gamers there that night, we went home happy and fulfilled, eager to try out our new toy.

The executive who we caught a glimpse of? Reggie Fils-Aime. The company he worked for? Nintendo of America. The console? A rectangular white box going by the name of “Wii”. 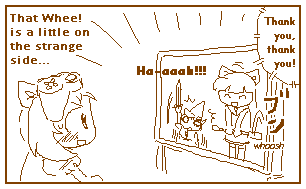 Two days earlier, Sony’s competing PlayStation 3 had launched in North America, but at the time, it had not captured the popular imagination that the Wii would. Part of this was due to price—the cheapest model cost twice as much as the Wii—but there was also the matter of the latter’s intriguing “Remote” controller and motion control system. For hardcore gamers, that the Wii would launch with the latest title in a massively popular franchise, The Legend of Zelda: Twilight Princess, was another notch in its favor. However, the Wii’s biggest hit early on was its pack-in title, Wii Sports, which became a cultural phenomenon enjoyed players of all ages, further bolstering the validity of Nintendo’s “blue ocean” strategy, which aimed to attract non-gamers to its hardware. The Wii would continue to be a hot seller into 2007, complete with shortages, and ended its lifespan with over a hundred million units sold.

However, in terms of raw hardware power and the types of games on offer, many gamers considered the Wii to be something separate from the other two consoles of its generation, the PS3 and Microsoft’s Xbox 360. Although the 360 came out nearly a full year before the PS3 did and it had some serious issues—most notably the hardware failure indicated by the “Red Ring of Death”, which was worryingly common for a time—its head-start meant that it was able to build up a good-sized player base well ahead of the competition. The 360 also sported a robust online service, Xbox Live, and as such, became the preferred way to play for many multiplayer console games, and first-person shooters in particular. And although it was never very popular in Japan, Microsoft did pay special attention to that market for the 360, securing exclusives from the likes of Bandai Namco and Mistwalker, Final Fantasy creator Hironobu Sakaguchi’s then-new studio. 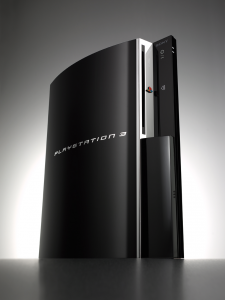 But enough about these success stories. Let’s talk about the inspiration for P.S. Triple, the PlayStation 3. As was traditional for game consoles, the PS3 was officially unveiled at the Electronic Entertainment Expo (E3). This was in May of 2005, when the PlayStation 2 was the best-selling home console in the world*, and anticipation for Sony’s powerful new successor was running high. However, Sony’s E3 presentation the following year was full of embarrassing moments. The “giant enemy crab” in the demo for Genji: Day of the Blade was one thing, but even more memorable that day was the price announcement: $499 USD for the 20GB model, and $599 for the 60GB one. Compared to the Wii’s $249 and the 360’s $399, this was outrageous.** These suggested retail prices had similar stark differences in other regions of the world, which would go on to hurt the PS3’s sales in its early years.

There were other factors that had long-term consequences for the success of the PS3. One of these was that the PS3’s Cell processor developed a reputation of being difficult to develop for, and many games for the system were delayed as a result. Another was the start of a trend toward multiplatform third-party games, as opposed to exclusives; for example, formerly PlayStation-only franchises like Devil May Cry and Final Fantasy would have new core entries land on both the 360 and PS3. Yet another were long delays for highly-anticipated games, including Gran Turismo 5 (announced in 2005, released in 2010) and The Last Guardian, a game whose development took so long that it eventually came out on the PlayStation 4 instead. Likewise, third-party exclusives Kingdom Hearts III and Final Fantasy Versus XIII (later Final Fantasy XV) took so long to make that they skipped the PS3 in favor of the next generation, and both ended up going multiplatform anyway.

The PS3 does have some bright spots during its lifetime. As the generation wore on, sales of the console picked up to be roughly on par with the 360’s. Many of the system’s first-party games, such as Naughty Dog’s Uncharted series and The Last of Us were critical darlings and big sellers, as were a few third-party exclusives. Although it didn’t have nearly as many niche Japanese games as the PS2, there were still several standouts on the PS3 that could be played nowhere else, such as 3D Dot Game Heroes and Demon’s Souls.

When we eventually bought our PS3—a new Slim model, for much less than $599—it was many years after both the Wii launch and our later purchase of an Xbox 360. Even though the PS2 backwards compatibility feature was gone, owning a PS3 was an appealing proposition: we wanted to check out all those games that we missed that couldn’t have been played on either of those other consoles. I’m happy to report that so far, it’s been a worthwhile project, and it’s been good to see that Sony has regained its footing with the PS4.

* – It’s worth noting here that the PS2 was so successful not just because of its exclusive games, but also that it was a very affordable DVD player at a time when standalone players cost a lot of money. In 2005-06, two new high-definition video formats, HD-DVD and Blu-ray, had come about and were competing against each other. The PS3 came with the ability to play the Sony-developed Blu-ray (Microsoft sided with HD-DVD, but the 360 could not play these disks by default). However, consumers were much slower to adopt either of these formats than they had DVD, and so, the PS3 being both a console and a video player didn’t help its sales as much as it did for the PS2.

** – Many hardcore gamers, myself included, lived in “Wii60” households during this gen. Owning both a Wii and a 360 was a great way to play most of the “triple A” games available, plus the total price for both was only $50 to $150 more than buying a PS3 alone.

This website uses cookies to improve your experience while you navigate through the website. Out of these, the cookies that are categorized as necessary are stored on your browser as they are essential for the working of basic functionalities of the website. We also use third-party cookies that help us analyze and understand how you use this website. These cookies will be stored in your browser only with your consent. You also have the option to opt-out of these cookies. But opting out of some of these cookies may affect your browsing experience.
Necessary Always Enabled

Any cookies that may not be particularly necessary for the website to function and is used specifically to collect user personal data via analytics, ads, other embedded contents are termed as non-necessary cookies. It is mandatory to procure user consent prior to running these cookies on your website.